This is a crosspost from my new blog over at http://goldsaucer.co.uk/tidal-music-app-for-linux/

So recently I’ve started testing Tidal instead of Spotify. I actually like it better than Spotify so far, however at this point there are only native apps provided for Windows and OS X, as well as a web player for Chrome.

Since I’ve wanted to play around with Electron for a while now, I decided to use this chance and build a simple wrapper around Tidal’s web player and package it into a “native” Linux application. 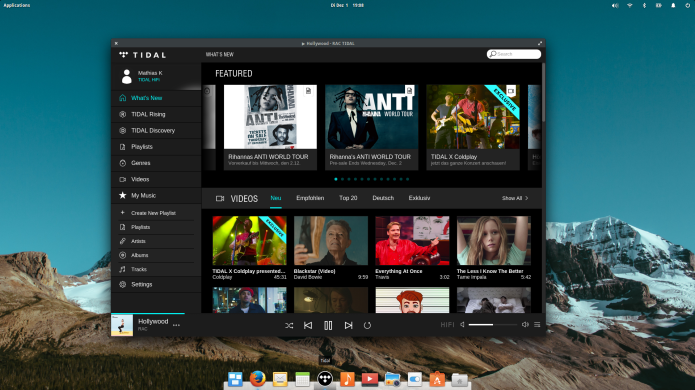 Thanks to Electron the required code was minimal and it was a real breeze developing this little program. And in contrast to the official windows app, tidal-music-linux also supports the global media keys for controlling playback.

I’ve prepared a binary distribution for Linux x64 that you can download from GitHub. Alternatively you can also simply clone the repository and follow the instructions in the README to run it.

One day this week I wanted to do something different and decided to resurrect an old little project called any-good.com. It’s just a simple review website and I could use […]

Simplest way to hot reload your React Components with RequireJS

I started a new blog with my brother over at […]

So here’s just a quick one. Since these days pixelated […]
Easily Create Retro Pixelated Graphics for WebGL Browser Games

Today I decided to play around with Ruby a bit again. The latest version being 2.1.2, official installers were only available up to 2.0. I know it’s only one minor […]

Sometimes I have trouble focussing on a single project. I then justify my behaviour with stuff like “Der Weg ist das Ziel” (the way is the goal). I just like […]

I started working on a small WebGL based Tycoon-game with 2D isometric graphics. The game is about managing a growing group of people in a post-apocalyptic cityscape to ensure their […]
“Survival Tycoon”

Today I decided I want to continue learning the programming language Go and write a small OpenGL program with it. For OpenGL I wanted to use the Go package “github.com/go-gl/gl” […]

I didn’t have much time to write anything in the last months because I was busy finishing my studies, starting my own company with 2 friends and acquiring funding in […]
Loading Comments...
%d bloggers like this: